Pickit 3.0 brings significant improvements both on the hardware and software sides:

The Billet picker (patent pending) is a gripper solution with a passive hinge that seamlessly integrates into the product. It has been specially designed for picking randomly oriented metal billets from deep bins. It can also be used for picking other axisymmetric parts like pipes, tubes, and shafts. With matured 3D vision and software, the implementation risks for bin picking revolve around the gripper design. We have integrated gripper, vision, and software to achieve unprecedented reliability. See product info.

We at Pickit know that getting the gripper right is a key factor to success with customers’ (deep) bin-picking applications. Today, I am happy to say that we are the first to combine 3D vision and gripper hardware into a single product for industrial robots. 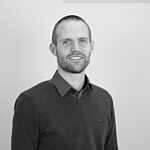 The new Pickit processor is as performant as the previous one with a few major advantages:

In every Pickit's new release we strive to improve your user experience. This one is no exception. Let's look at the major advances:

Perform a reachability check for your robot

Most robot integrations now have functions for performing reachability checks, so you can test if a pose, like a pick point, is reachable by the robot. Reachability checks should be performed when receiving an object from Pickit, and the robot program should not attempt to pick unreachable objects.

With (deep) bin-picking applications, there is an infinite amount of possible pick points and orientations that can be sent to the robot. Some of these might not be reachable for the robot due to workspace and joint limit constraints. With the most recent update to our robot interfaces, the robot only starts moving towards a part, if the part can also be reached. This new functionality increases cycle time and prevents unnecessary robot stops. I know that the described behaviour sounds like an obvious thing to do for a robot, the reality is that this is more challenging than you would expect. Industrial robots are primarily made for tasks with predefined trajectories, we make them work for vision-guided applications as well.

For applications where robustness is paramount, it might be relevant to perform calibration validation before every production run, or at regular time intervals. When validation results are not good enough, a recalibration is required.

To automate this process, you can now perform robot-camera calibration from the robot program, without any human intervention. The same goes for the newly introduced calibration validation.

If you have an older Pickit version and would like to try 3.0, check out how you can upgrade your system.

Read 3.0 release notes in full detail or ask us anything on the Pickit's 3.0 release by filling the form below.

Ask us about the 3.0 release